From Aldous Huxley’s foreword to his novel, Brave New World:

Chronic remorse, as all the moralists are agreed, is a most undesirable sentiment.  If you have behaved badly, repent, make what amends you can and address yourself to the task of behaving better next time.  On no account brood over your wrong-doing.  Rolling in the muck is not the best way of getting clean.

Art also has its morality, and many of the rules of this morality are the same as, or at least analogous to, the rules of ordinary ethics.  Remorse, for example, is as undesirable in relation to our bad art as it is in relation to our bad behaviour.  The badness should be hunted out, acknowledged and, if possible, avoided in the future.  To pore over the literary shortcomings of twenty years ago, to attempt to patch a faulty work into the perfection it missed at its first execution, to spend one’s middle age in trying to mend the artistic sins committed and bequeathed by that different person who was oneself in youth — all this is surely vain and futile.  And that is why this new Brave New World is the same as the old one.  Its defects as a work of art are considerable; but in order to correct them I should have to rewrite the book — and in the process of rewriting, as an older, other person, I should probably get rid not only of some of the faults of the story, but also of such merits as it originally possessed.  And so, resisting the temptation to wallow in artistic remorse, I prefer to leave both well and ill alone and to think about something else.

Link to rest of Foreword 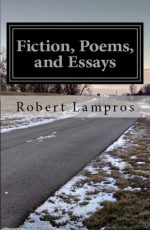